Tongan culture is as important to Tonga now as it ever has been, and If you are planning to visit the Kingdom of Tonga / 'Eua island, learning a little about the culture, will allow you to get the most out of your visit to the Kingdom.

If you can understand a little of why Tongans are the way they are and learn a little about there background then your visit to the Kingdom of Tonga will be that little bit richer.

Luckily the Tongan culture is still very much in tacked and you will see people wearing woven mats, making Tapa cloth cooking in the ground and roasting pigs on the spit. 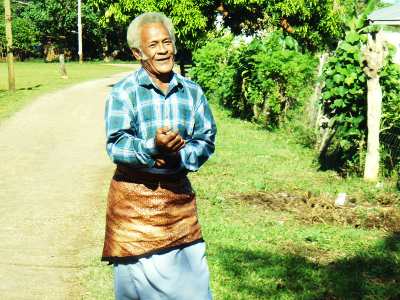 The Tongan culture is proud, conservative and in-grained into ever Tongan on the islands.

Tongans live feudal lives, subsistence farming is still the main stay of most of the Kingdoms people and very much the case on 'Eua island.

Rank also determines responsibilities for example the younger son will spend a lot of time in the plantation, where as the oldest son being of higher rank will get more opportunities in the Tongan culture.

Here is an overview of the ranking system :

The fathers side of the family are ranked higher than the mothers side.

Tongans show respect to the higher ranks in a number of ways, by keeping there heads lower, differing there eyes, not speaking and commoners never walk in front of royalty or nobles.

Again the royals and nobles use the talking chief as a show of rank being as they are far to high in the ranking system to talk on some occasions.

It is quite common for a member of another village when entering a different village to introduces him or herself by the name of the talking chief of his village, not his own name.

Tongans think rarely of themselves as (I) but they think of there whole village as themselves.

In Tongan culture Land is owned only by the king, government, or the nobles. Tongans who live on land owned by the King or the nobility pay no tax for the land but will give goods to the land owner in times on funerals, weddings, birthdays and such. People who live on government land pay a property tax.

Land is passed down the generations through the eldest son, who then can gift the land to some of his younger sibling.

The eldest son would normally receive about eight acres as a bush ( plantation ) allotment, with which to feed his family.

Land cannot be sold in Tonga, it can however be given away and if for example the person you are giving it to, happens to give you a gift in return, money for example, well so be it.

Possessions in the Tongan culture are shared, the thought of this is mine and that is yours is non existent in the minds of a Tongan.

This dates back to the time when there was no refrigeration on the islands and wealth was measured by the amount of food one had. So if wealth is food and food spoils without refrigeration then it goes that wealth (food) must be shared before it spoils.It would be very rude for a Tongan not to offer food to anyone that passes by.

In fact Tongans had their kitchens by the road side so that they could give food to people as they passed by.

Now as time went on to the now present Tongans attitude to possessions stayed the same. For example you my walk up to a Tongan and say quite innocently, I like the hat you are wearing today and nine times out of ten the Tongan will just insist that you have it.

Of course now that we use money in Tonga, and money was not part of the Tongan traditional culture, Tongans have not learnt the western ways of managing it. It is hard for the average Tongan to keep up with people from overseas who have stated business here. For example a person from overseas that owns a shop will bank his profit at the end of the week, where as the Tongan who's family have come to the shop and asked for goods which of course have been freely given, will take his profit (if he has one) and give it to family, church and pretty much anyone else that asks for it.

Which approach to possessions is the right one is up for debate, but the fact is the overseas approach takes a lot more energy to keep up with the who owns what than the more relaxed approach of the Tongan way. 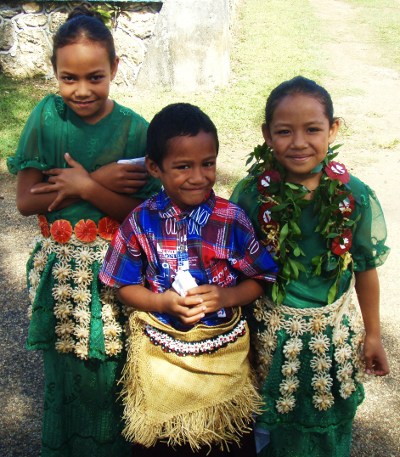 Tonga has it's own approach to time. Today may mean tomorrow and half an hour maybe more like two hours or in some cases two days or even a week.

For the traveler this may take a bit of adjusting to, but remember you are on holiday so just relax and go with it.

Big occasions like a street festival maybe changed from lets say Monday the 14th to Tuesday the 15th just on the 13th without much consultation and although you may not know that the times have changed the rest of the Kingdom does, I like to call this the coconut grape vine. So the village meeting that was said to start at 7 o'clock may in fact start at 8:30 and you maybe there at 7 but everyone else will be there at around 8:30. (9 o,clock)

Time in Tonga is not very important at all, people are important, food is important but time is not.

The Christian missionaries in the 1800s introduced Christianity to the Tongan islands and here it has stayed as the dominant religion. That is not to say that it took anything away from the Tongan culture, as it was just tacked on to the culture.

Tongans did of course get rid of there believes in the old Tongan gods in favour of the Christian one God, but still the old superstitions remain intact. For example if a Tongan is to take land that was not his then bad things would happen to him spiritually, he may be visited by sprites that could do him harm, just as a reference any ghost, sprit or dead being that walks the earth is referred to as the tevolo said deivlo.

Now this doesn't mean it's the devil just that it's a ghost or sprit. If you get sick or a volcano erupts and destroys your island it is still because God is angry and is punishing them for evil deeds.

Christianity freed the Tongan people from human sacrifice made to appease there old gods and gave commoners the right to go to heaven, where this right was only able to be had by Kings and high ranking chiefs before it's introduction. 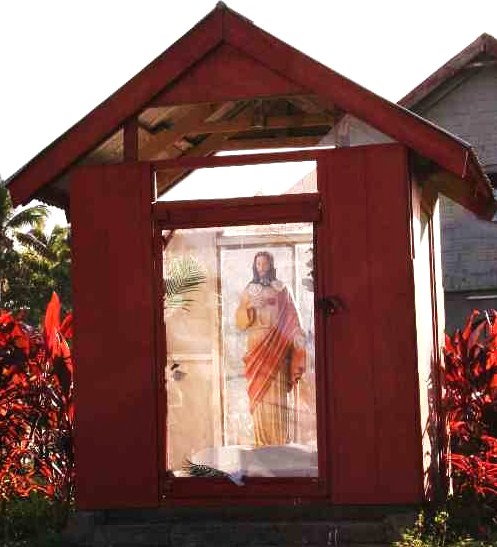 Sunday law in Tonga is a result of Christianity and has it's own twist. It is against the law to play, work, swim, garden and do your washing on a Sunday unless you are a tourist or in a tourist establishment.

This is quite a nice idea as it enforces people to take some time off and relax. Of course when I say relax I mean go to church, eat, and sleep as this is about the only three things you are allowed to do in Tonga on a Sunday.

In Tongan language the word for sibling is the same as cousin and rightly so as immediate family includes up to your third cousin at least. Your mother is also your mothers sisters and father include your uncles.

In Tonga all your mothers and fathers are called by there first name, it is rare for a child to call there parents Mum or Dad, in fact it is so rare that I am not sure why I mentioned it in the first place.

As for who will raise the child usually it is the biological mother and father although it is not unusual for the child to be raise by the fathers brothers family or the mothers sisters family either.

Felling confused yet well this is just the start.

Sisters are higher ranked than brothers in Tonga.

Sisters and brothers are not allowed to be together if anything to do with sex is to be disused, watched or read. This includes movies with kissing.

Most boys will have there own bed room outside the house, if they have sisters.

Bothers and sisters are not allowed in each others bedrooms.

Head Of The Family (‘Ulumotu’a)

The head of the family is called the 'Ulumotu'a. This role is inherited to the eldest male line.

He's role in the family is to, officiates at family activities, funerals, weddings and special events.

The 'Ulumotu'a has the final say on these events when it comes to his family.

He organizes gifts from the family to funerals and gifts received from funerals of a family member is distributed by him.

Highest Ranked Female Of The Family

Culture Briefings gives you current, in-depth information found in no other single source on the customs, culture, traditions and ways of life of people in cultures around the world. In today's increasingly smaller world, understanding the ways of the world's other peoples is an essential skill. And the Geotravel Research Center's Culture Briefings will help you develop that expertise.

A great site if you have thought about trying tai chi for exercise. If your idea of a healthy body includes pain free flexible joints and think you maybe able to have this though the tai chi movements then this maybe what you are looking for. This site's tai chi how to page is a great place to start for the beginner. Chinese culture and Tai Chi go hand and hand.