Kava Tonga, is drunk nightly at kalapu (Tongan for club), which is also called a faikava (to do kava). Only men are allowed to drink the kava, although women who serve it may be present.

The female server is usually an unmarried, young woman called the tou'a. In the past, this was a position reserved for women being courted by an unmarried male, and much respect was shown.

These days, it is imperative that the tou'a not be related to anyone in the kalapu, and if someone is found to be a relative of the tou'a, he (not the tou'a) will leave the club for that night; otherwise the brother-sister taboo would make it impossible to talk openly especially courtship.

If no female tou'a can be found, or it is such a small, very informal gathering, one of the men will do the job of serving the kava root.

The kava is served in rounds. Typically the tou'a will first stir the kava in the kumete, then pour some in the ipu (coconut cups) which are then passed from hand to hand to those sitting farthest away. They drink, and the empty cups are returned again from hand to hand. Everybody remains seated, cross-legged, although one is allowed to stretch the legs from time to time. Meanwhile the tou'a has filled other cups for those next from the farthest away, and so the drinking goes forth until those nearest to the kumete have had their drink too. Then the men talk again (about politics, sports, tradition & culture, jokes, or anything else) or they will sing a traditional love song, often accompanied by guitar. Some now-famous string bands have had their origin at a faikava. Finally the next drinking round starts.

In some of the outer islands of Tonga, kava Tonga is drunk almost every night, but on the main island, Tongatapu, it is usually drunk only on Wednesday and Saturday nights. Kava Tonga drinking frequently lasts as long as eight or nine hours. With the introduction of television, rugby is usually watched by the kava drinkers, and the songs are sung in the commercial breaks. On Saturday nights, a short pause for prayer is made at midnight (as the day moves to Sunday), and then hymns replace the love songs. These hymns are mostly traditional English melodies with new words in Tongan.

All important occasions are also marked by drinking Kava Tonga, including weddings, funerals, and all church-related functions. For example, when a new king takes his throne or a new chief is established in his title, he must participate in the pongipongi, ancient kava ceremonies to make his rule official. These formal kava parties follow completely different rules. A male chief is now the tou'a, and the kava is very solemnly prepared by pounding the roots to powder (instead of buying of bag of already pounded kava powder). Once the kava is the right strength (as deduced from the colour), the ceremony master will call out the nickname of the first recipient using an old archaic formula (kava kuo heka). The tou'a will fill the cup and the cup is then brought, often by a young lady, to the intended chief, and brought back afterwards. Then the next name is called, and so forth.


Back to Tongan Culture 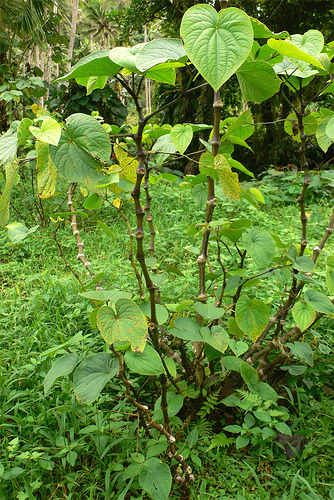